Michael Stilwell was the son of the William Stilwell of the medical Stilwell family of Moorcroft (see “Medical Stilwells”) who moved to Portugal as an entrepreneur in 1900.

Michael Stilwell, of No. 2 Commando, won his Military Cross in January 1944 whilst a Captain leading 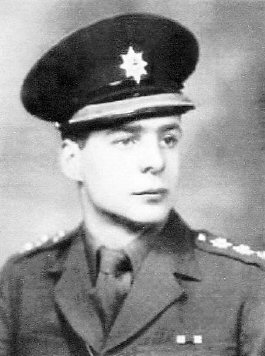 two troops in an attack on a German garrison near Spilje in Albania. Advancing up steep ground he and his men overran the German positions in the face of machine gun fire. He was seriously wounded towards the end of the action but, despite great pain, made sure his wounded men were evacuated before he himself was carried back to the first aid post. The Germans had set up their defences well and it wasn’t until 2 days later that the final resistance was overcome. Captain Stilwell was awarded an immediate MC.

Michael was involved in a total of 6 Commando raids in 1944. After recovering from wounds, he served in the 3rd Battalion Coldstream Guards in the Middle East. He retired from the Army in 1954 and joined the Engineering Company of Portugal which had been founded by his father. He was appointed CBE in 1979 for his services to the British community in Portugal including the British Legion and Queen Elizabeth School.