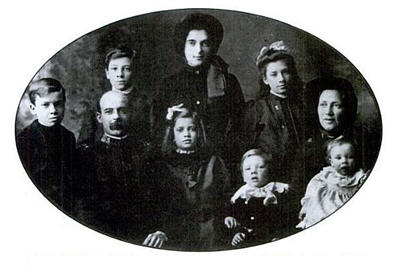 Henry James Stillwell and his wife Mary are noted as two pioneer officers that opened the work of the Salvation Army in the West of the USA. Henry’s family was from Arundel in Sussex but he was born in Gravesend in Kent and worked as a fancy plasterer in St James Palace in London. He joined the fledgling Salvation Army in 1880 and quickly rose to Captain. William Booth selected him to accompany Major Alfred Wells to go to America and establish the army movement there. After a short period on the East Coast, Henry was sent to the West Coast where they opened the work starting in San Francisco.  After the resignation of Wells, Henry was put in charge of the work on the West Coast and then, following that, across many States in the Midwest. In 1896 he founded the Salvation Army Summer Camp movement in Kansas City. In 1904 he was a Brigadier managing a TB sanatorium in Los Angeles when he contracted TB himself, and died in 1905. The story of his wife Mary (née Matthews) is, in many ways, more remarkable. Born in Corfu, the daughter of an English military officer, she lived in Canada where her father left the English military to become the Chief of Police in New Brunswick. After her Father’s death, Mary travelled to London to live with relatives and joined the Salvation Army. There she met Henry, who was not at that time in the Army, but a friendship was formed and he became an Army convert. Mary joined him in the USA and married him (with William Booth’s blessing). Together they opened the work of the Salvation Amy in San Francisco, Oakland, Santa Cruz and Portland as well as other places. Together, they were assigned to direct Fort Amity, Colorado. Fort Amity was a farm colony generated by William Booth’s scheme to move the desperate-poor out of the cities and into productive farming. The scheme was detailed in Booth’s ‘Darkest England and the Way Out.’ She was not just a dutiful wife, especially with Henry away in other cities a great deal, but also travelled to places to carry out Army work on her own, often against open hostility from locals. After Henry’s death Mary raised their 8 children, whose ages ranged from 20 down to 1. She was selected to travel to Japan, Korea and China to help determine the possibility of the Army “opening fire” in those places. She rose to the rank of Colonel and died in Atlanta in 1947. Henry and Mary started a dynasty of Salvation Army officers that is still going strong today.