Not so much a famous Stilwell, more an infamous Stilwell. His ancestry is not known, but he came to prominence in the story of Wyatt Earp and his brothers. Some people believe Frank Stilwell was present at the gunfight at the OK Corral in Tombstone in 1881, but he was in jail in Tucson at the time. He had a chequered history and had been implicated in a stage hold-up. Despite this, he was a deputy sheriff at one point. On March 18th 1882, Wyatt’s brother Morgan was killed whilst playing pool and a coroner stated that Frank was believed to be one of 5 cowboys who killed him, but there was insufficient evidence to convict and so Frank was declared innocent. 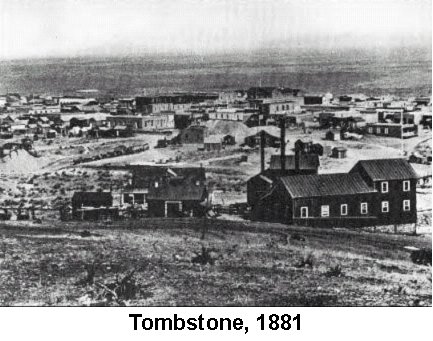 Frank had already fled the scene but was spotted 3 days later by Wyatt Earp at Tucson and Frank’s badly shot-up body was discovered the next morning with shotgun blasts and bullets holes. The number and distribution of the wounds suggested a vengeful killing. Although he was no angel, his killing was brutal. Wyatt, Doc Holliday and some friends were clearly guilty of the killing and were charged with murder. They escaped to Colorado and managed to avoid prosecution. Frank’s brother Jack (see below), an experienced frontiersman and scout, came to Tombstone and joined the posse searching for Wyatt.

Simpson Everett “Jack” Stilwell was a scout in Forsyth’s Scouts at Beecher Island and helped rescue the “white women who were taken prisoners” by the Indians. He also scouted for the 19th Kansas Cavalry and for Custer during the winter campaign of 1869-69. After 1881 he served as a Deputy Marshall in Indian Territory and Oklahoma Territory. He died in Cody, Wyoming.

(Photo and text taken from: “FORT WALLACE Sentinel on the Smoky Hill Trail” by Leo E. Oliva and published by the Kansas State Historical Society in co-operation with the Kansas Forts Network.)